This is an aside or something…

“A CRM is not for keeping track of what you did, it is to tell you what to do next” — Vele Samak

This is my second attempt at a brisket here in Macedonia. When the butcher praised his latest steer I committed to try on the brisket one more time. Later on he told me the steer was 18mos old, but “1 in a 1000!”. Which is great praise for Macedonia with a very different beef culture.

This time, he took out the entire ribcage with the brisket still on it to show me the cut. He made a very nice cut preserving a much better fat covering than the first brisket couple of weeks ago. I asked him to trim a few odd parts and the silver skin around it, measured it, and packed it. 4.25kg.

Seasoning. This time I went with a 1:1 ratio of about 2% salt and 2% pepper. I measured about 80gr of salt, and added similar amount of finely ground black pepper. Before preparing the meat, I did a fair amount of trimming, based on what I understood from Aaron Franklin’s videos on trimming brisket. The major difference is his briskets are much bigger and have much better marbling. This Macedonian brisket is from a fairly young steer, but was quite good anyway. After seeing the prime rib and how the marbling was showing there, I had no about if this steer lived for another 6-9 months, would have been a fantastic meat with great marbling.

This brisket was left with a small covering of fat, except for a small portion where I left it hoping it would somehow add to the flavor. That’s for later, fat generally doesn’t trickle down into the meat, it simply slides on the side.

This time I left the seasonsed brisket for about 7 hours in the fridge. Didn’t have time for overnight. It was ready for cooking in the evening.

After reading a bit, and there’s a ton of conflicting advice on cooking brisket in the oven, I decided to try this one wrapped in baking paper and set for much longer time at around 100-120C. Left in the oven at 7:30pm, and opening it up at 6:30am. I looked good, has a nice bark, as nice as it could get from the oven, there’s was fat rendered in the bottom, but not too much. I left it open for half an hour and turned off the oven. Not sure what this last bit did, so will decide later.

The first cuts. The meat looked great, was soft, juicy and tasty. The combo of salt and pepper brings out a lot of flavor in the meat. The fatter cuts are not recommended with this type of brisket simply due to the lack of sufficient marbling. If there were more marbling, the fat would stay in and provide for juicier cut.

Left-overs. This meat shined as left overs. After sitting in the fridge for a few hours, somehow it started exuding more taste. To warm it up, I warmed up a bit of butter, made nice thin slices, <5mm thin, and warmed up the meat with portion of its own gelatinous fat sitting in the bottom on low heat. All it took was a minute, and some carmelization formed which made it very tasty.

Sandwich. Couple of nicely toasted buns with butter. Small smear of mustard and mayo on the sides, thin slices of briskets, milano salami, cheese, tomato, sliced pickles,  salt and pepper on the tomato, small drop of soy sauce on the top bun. Crunchy, full flavor deliciousness, dripping with fat all around. Gone in a few bites. This was the best part of the brisket. For kids, take thin slices, and just chop them up in small pieces before toasting in the pan with butter. Fantastic!

This was one of those photos where you stop on the side of the road and hope no cars crash into you. Chasing the sunset after a wonderful and stormy afternoon in the distance. Very lucky.

When you wake up too early and the city is on fire. Skopje just before sunrise.

Been reading about wok equipment and proper technique for western-style kitchens. TL;DR my velveting is good, my stir fry needs help. Found this video, among many others. So mesmerizing to watch. No wasted movement, pure craft. 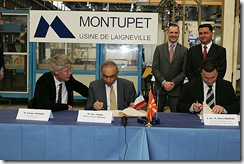